Music and Audio Production, The Making Of "Tik Tok" 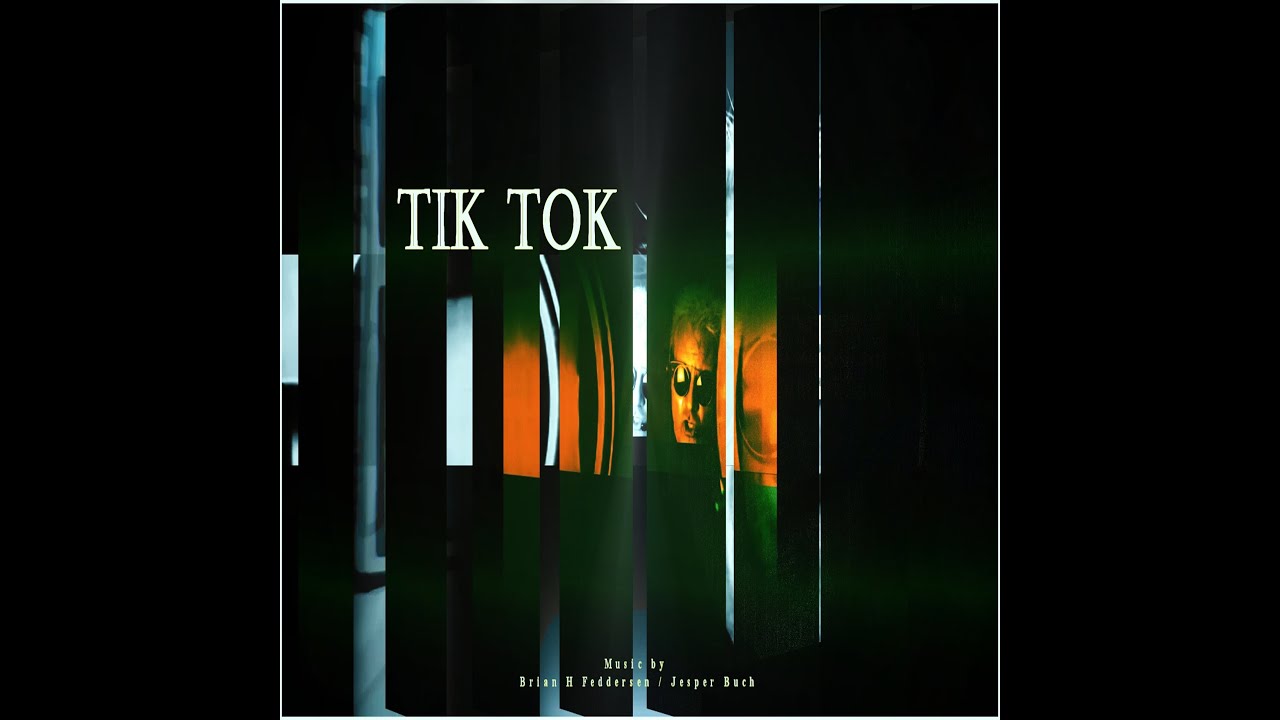 Behind the scenes and the making of "Tik Tok"

A songwriting collaboration project between 16sounds.com (Copenhagen, DK), and Aprivista (London, UK). The initial idea for the song started with Jesper from 16sounds sending a chord progression with an intro, verse, b-part, and a variation on the verse to Brian (BHF) at Aprivista.

On top of the original arrangement, (BHF) recorded a guide guitar melody to a metronome. Listening back to the audio recording,  it triggered pictures in my head of time passing as it felt like a clock, and time running down "Tik Tok, Tik Tok".

The Metronome is not featured in the track though, but it was the sound that triggered the illusion of time passing that became the starting point and inspiration for the lyrics. At this point in the proceedings, some topics and potential themes were written down.

As it turned out the writing of the lyrics would be a long process, as it very often is for me. The Lyrics are always the hardest part of songwriting I find,  as such, I always look up to, and really admire other musicians that are efficient, and prolific at writing lyrics. 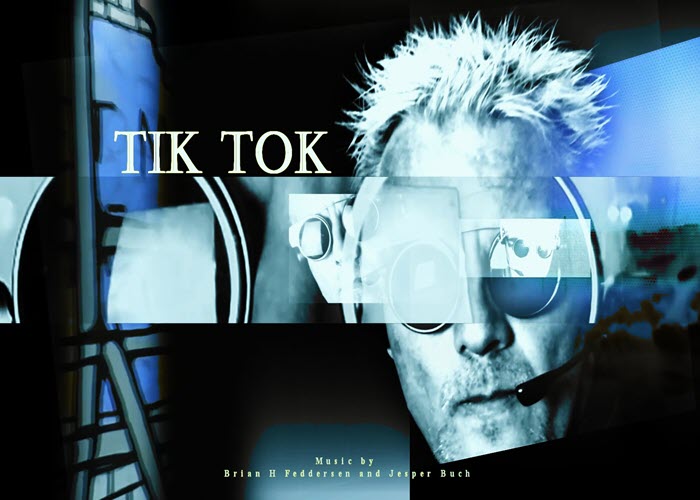 The themes that are occurring in the song are,  disjointed society, manipulation, conscious mindfulness, hope, peace, respect. "Tik Tok" is about re-evaluating our way of life, our values, the moral code we live by, and where we want to go. Another source of inspiration for the lyrics was "The rose of Jericho".

In the music video you will see it opening up, and closing,  It is throughout on the right-hand side in the video. It is very subtle, and you would probably not be able to recognize if I was not telling you that it is, "The Rose Of Jericho".  Lots of video effects were added to the clip in Vegas Pro as it was chosen to keep it subtle in the background of the video.

A little bit of background info:  A knowledgeable friend, and lover of everything to do with plants, and flowers told me about "The Rose of Jericho" and how it is a very special plant. Straight away when he told me about the plant I had the idea that it could be used for something in a music video one way or the other, and especially with that in mind of something opening up, blossoming, and having a new life, a new beginning or new perspective on things, and the future. It triggered my curiosity to go home and do some further research.

In my research, I found that "The Rose Of Jericho" is also referred to as the  "The resurrection plant" and in some societies symbolizes protection, power, happiness, abundance, peace, love, and prevents the bad power sources from influencing your life. As mentioned earlier, the thing I always find hard to do in songwriting is the lyrics, but there you go, there was the final inspiration, and connection to somehow trigger the idea further for the lyrics to "Tik Tok".

Even though the clip is not obvious and only features in the background It was important to have "The Rose Of Jericho"  part of the music video somehow.

For the filming, I borrowed the plant from my friend. The sequence was shot with a GoPro camera in a stop-motion sequence over a period of 4 hours for the "Rose" to open up one's water had been poured over the plant.

As for the audio recording, and song-writing process, the work in progress would take several months to finish, sending audio files forth and back. However, the initial arrangement of the song stayed more or less the same throughout the first part of the song. We changed some parts throughout mainly in lengths, to accommodate the different drafts of the Lyrics. Once the lyrics were in place the final arrangement was achieved. I added further instrument recordings, and at that point, the vocals, and BV's were recorded as well.

Audio production process: In the first arrangement, Jesper recorded an  E piano Waves EP 88. For the pads he used  Massive, the presets are designed from scratch by Jesper. He originally got the idea for the synth pad preset design from a sound from Izotope Iris2, it is the pad one can hear in the beginning of the song. The drum sounds are from Groove Agent combined with Drum Drops Slingerland via Kontakt 5. The kick from Groove Agent is responsible for the bottom end, combined with the Drum Drops Slingerland that adds the room to the drums. The Bass is a Sandberg California recorded through a Greate River ME-1NV channel strip. The string pad you can hear at the back in the mix is from Yamaha AN1X, the only hardware synth featured in the track. The guitar track recorded by Jesper is the clean guitar recorded with a Fender Stratocaster 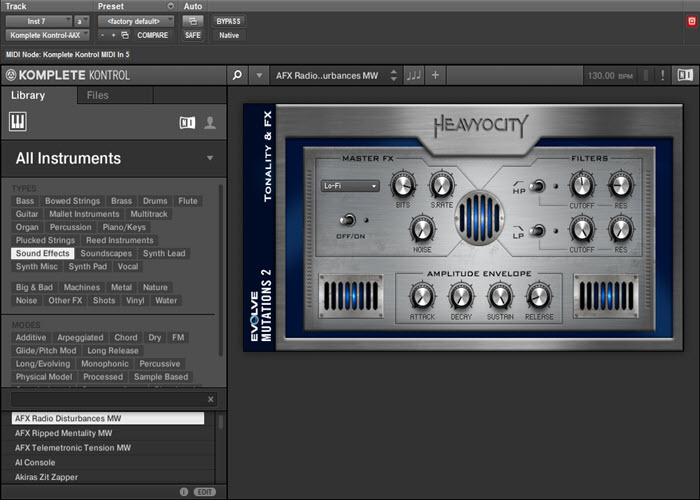 The audio recording process from BHF: I used most of my synth sounds from Native Instruments

ROUNDS (instrument) - Preset: Monophonic Synth, "Bac Arp" is the sound preset that just drives through the mix as a counter rhythm to (Jespers, laidback beat on the drums), the effects added are Waves Abbey Road reverb plates, compression added with SSL channel strip from Waves 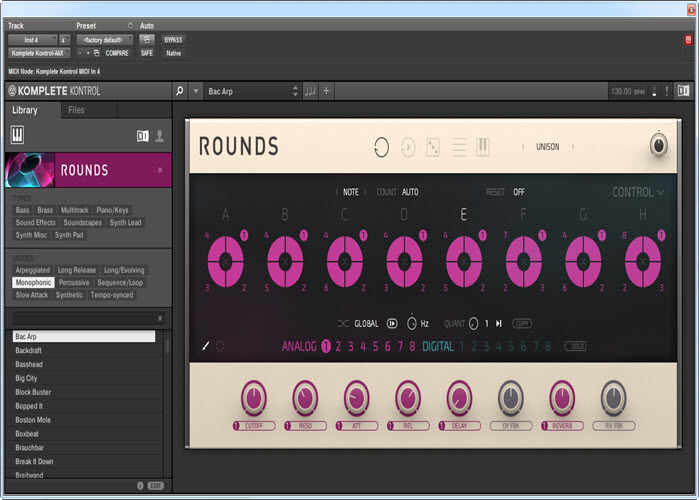 Heavyocity (instrument)  -  Preset: "Radio Disturbances", these are the sound effects that can be heard throughout the track, they are controlled with the automation in Protools. The sound effects are used in the song to emphasize the loss of connection, the disturbance with all the noise of mainstream media, political manipulation, and "fake news". As effects on the track, I used Guitar Rig and SSL compression plug-in.

Massive (instrument)  - Drum loop - preset:"Mun" the drum loop was superimposed on the laid back beat that Jesper created. The drum loop was chosen to create chaos, and that pulling effect that you can experience throughout the track. There are two different rhythms almost having a life on their own, pulling the track in different directions at the same time, it was used purposefully to try and imitate the feel of chaos, and symbolizing a disjointed pulse throughout the track. On the loop, we are using Waves Abbey Road TG12345 channel strip.

Guitars were recorded through Focusrite ISA Two, channel strip. Guitar Rig from Native Instruments was used in a combination with Protools Eleven Rack software for effects. The guitars were processed further with Waves SSL compression and reverb plates from the Abbey Road bundle. To record the guitars I used a Gibson Les Paul Junior and a Fender Telecaster fitted with Bare-knuckle pickups. 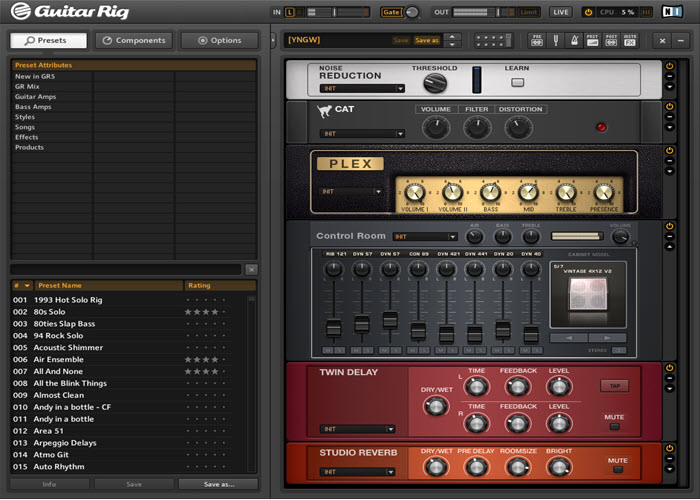 Vocals were recorded through a Universal Audio LA-610 Mk II with a Neumann U87 Ai. The plug-ins used on the vocals are UAD API Vision channel, Vocal Rider from Waves, and Guitar Rig was used as an effect on some of the vocal tracks. 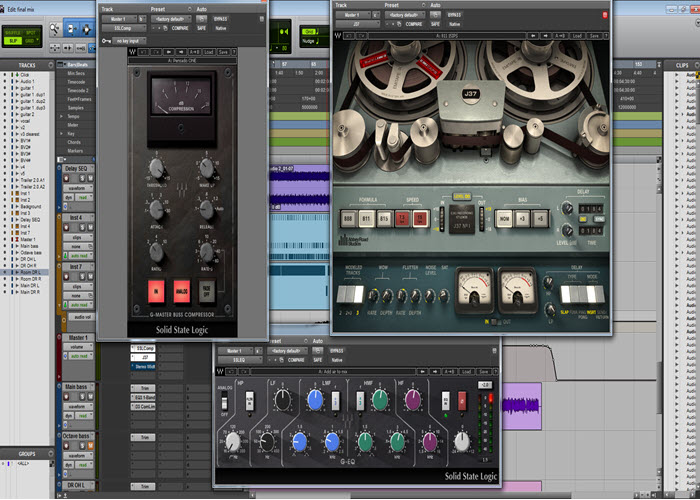 The work in progress and video production was an interesting process. Different approaches were tried out over a long period of time with many hours of video rendering in the process. The sound-capes, lyrics, and audio inspired me to try out different editing techniques throughout the stages of the video production. Many hours of testing were involved in a process of blood, sweat, tears, trial, and error but in the end, the time and effort that was put in gave a good indicator for what worked and what didn't.

As mentioned earlier in the blog, "The Rose" sequence was recorded with my GoPro in a stop-motion sequence over a period of 4 hours. The headshots were recorded at the Aprivista studio with a black screen backdrop and two soft-box lights to create the right atmosphere. The headshots were done in 6 different takes from different angles. I mostly used one main take throughout the video, then chose different headshots with different angles from other takes to mix it up a bit. The background to the left with the animated city rolling past was recorded on a stretch down at River Lee towards the Olympic village in Stratford. The graffiti and other parts were filmed along the canal path at River Lee, and Walthamstow wetland in north London. The video editing and final grading were done in Vegas Pro, you can see the full music video on YouTube or via the Aprivista website.

The song is written and performed by Brian H Feddersen (BHF) and Jesper Buch - lyrics by BHF - recorded at 16sounds studio and Aprivista studio - mixed by BHF - video production by BHF.

The song is a collaboration project between Aprivista and 16sounds. The single is released via Aprivista by the artist Brian H Feddersen and available on Spotify ++ Apple Music ++ iTunes, and many other digital platforms.

Jesper Buch:  is a sound specialist, programmer, musician, songwriter, producer, and a freelance.Net Developer and SEO consultant. Back in the day he originally started out as a session drummer but has since then been down different avenues with entrepreneurial projects of a vast variety and also been involved in different music projects throughout. 16sounds.com is a brilliant website and knowledge base with lots of information and great blogs on everything to do with sound, software synthesizers, presets, and music production. 16sounds is also a web-shop where you can buy sounds, and presets for music production, and sound design. 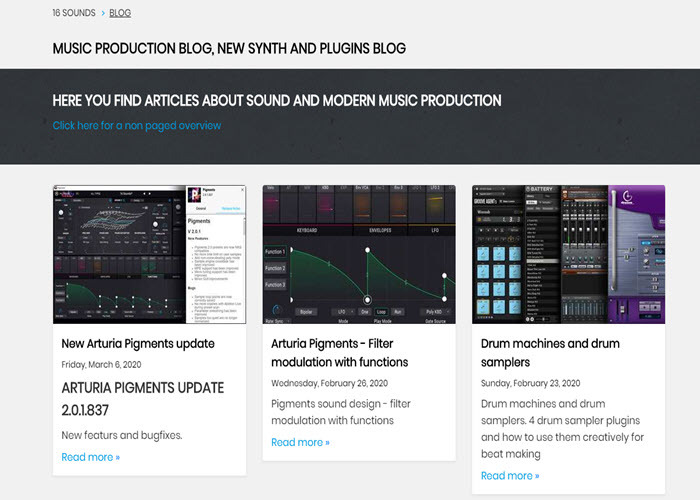 Brian H Feddersen (BHF):  is a London based musician, songwriter, producer, and audio specialist. You can find more info about the artist on www.bhf-music.com. For audio specialist related matters check out www.aprivista.com

Listen to other songs by the artist:  Spotify, Apple Music,

A songwriting collaboration project between #16sounds.com and #Aprivista.com. You can follow the link below and read the article and see the full music video ....https://t.co/AtcY8L3HBH pic.twitter.com/fFDvXn6cfi